Photo by: Luke Nightmare
Band members: Luke Nightmare/Drums, Scott Mik/Guitar, Kyle Davies/Vocal, Dex van Rooyen/BassWatch “TEMPTATION (JAGER SWAG)” HEREListen to “TEMPTATION (JAGER SWAG)” HERESeptember 19, 2022 (Cleveland, OH) — Deriving from Hollywood, four-piece metalcore disrupters Hollywood Nightmare have released their punch-to-the-gut, leading single/video “Temptation (Jager Swag),” pulled from their sophomore album Inferno, out now and released independently. Marking the group’s first collection release since their 2019 debut Scary AF and first new music since 2021, Hollywood Nightmare resurrects the crunchy metalcore made popular amongst Warped Tour mainstage acts such as Escape The Fate and Motionless In White and highlights the group’s expert guitar work and ​​Kyle Davies’ dynamic vocal delivery.“The fun fact about this song is that from music to the video, it’s all a drunk idea,” the band shares of the track.“Someone on Scott’s live stream challenged him to come up with a banger on the spot, at that point, he was so drunk after 3 shooters of Jager Meister and he was so addicted to ‘The Dirt’ at that time, that’s why it sounds like a Glam-Core kind of vibe. With the support and input from everyone in the group, this video made everyone smile, and we believe that it is a good sign.” 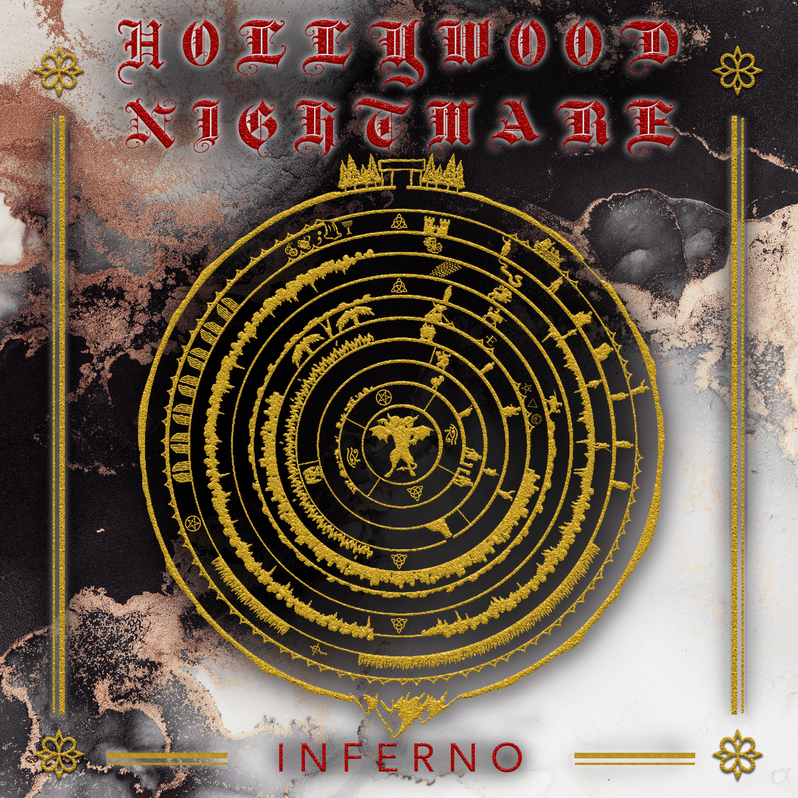 Inferno Tracklist
“Inferno”
“The Haunted”
“Interlude”
“Fade Out”
“Temptation (Jager Swag)”
“Fire”
“In a Beginning”
“Slow Motion (Rock Version)”
“The Rain”
“Super Nova”
“Ash”Comprised of strobe and layered visuals, the accompanying video for “Temptation (Jager Swag)” highlights the group’s glam-punk attitude and proves that they are truly the life of the party. In addition to the accompanying video to coincide with the release, the band will be performing on September 29 at Club Bahia in Los Angeles to celebrate the release of Inferno.The video for “Temptation (Jager Swag)” was directed by Robert Bryant, the track was fully written by Hollywood Nightmare, and mixed and mastered by Eric Mata.ABOUT HOLLYWOOD NIGHTMARE:From the heart of Hollywood! Hollywood Nightmare is one of the heaviest bands, straight from the streets of Hollywood CA. Since their first EP release, Scary AFback in 2019 and several singles, the band has gained momentum and established a reputation for themselves in the music industry. They have appeared on radio stations, magazines, and shared stages with big industry names like Escape The Fate, Luke Holland/Jason Richardson, and also accidentally headlined the 2021 Metal In The Mountains festival. The band has also appeared on several platforms, such as Rock Rage Radio, Local Band Smokeout, Flirt Magazine, and many more. HN is comprised of: Kyle Davies (Vocals) Luke Nightmare (Drums) Scott Mik (Guitar) Dex Van Rooyen (Bass) The band has matured its sound and developed its image throughout the past four years. All of this is reflected by their upcoming album, Inferno—out now on all major streaming platforms.