For country/Americana artist Joey Clarkson, the title of her forthcoming album, The Year That Never Happened — and its premiere single “These Days” available now — represents so much more than a blip in time.  “‘These Days’ was the first song I wrote after my visa was declined,” says the Canadian singer/songwriter about her extensive journey to securing […]

Canadian country artist Lauren Mayell finds herself “Tongue Tied” in this, the newest single off her forthcoming album — available now! With six singles under her belt — her grandfather’s beloved “Pure Country” belt, to be sentimental and precise — the Calgary-based singer/songwriter has shared the stage with everyone from Dean Brody, Meghan Patrick, Kane […]

by Wayne Baggs —- Day 1! —- The trick to driving up the 400 from Toronto is in the timing. Go early or go late. Boots & Hearts 2019 started 4:30 Thursday, August 8th with shows only at the Front Porch Stage. Emerging acts followed by three bands. I made the trip anyway because I […] 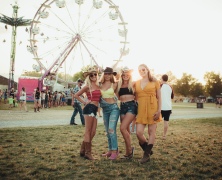 Get your tickets at: http://www.eventbrite.ca THE STYLE GUIDE FOR EVERYONETo keep things in tone with Boots & Hearts, try these fashion tips. The Ladies THE HAIR & MAKE-UPThe country look is all about the “BIG” hair and make-up as it is about clothes. Keep your hair big, loose and wavy ala Loretta Lynn & Dolly Parton. […]

Get your tickets at: http://www.eventbrite.ca The ever-growing country music scene makes it very interesting as the Boots and Hearts Music Festival caters to a crowd predominantly made up of people between the ages of 18 and 30. Many of them will be there to see the “Country Royalty” such as this year’s line up of […]

Marshall Potts is standing up for himself. In more ways than one. “Didn’t I Warn You”, the introductory single — available now — from the veteran Canadian singer-songwriter’s upcoming album That’s How It Starts (June 21, 2019), is more than just a breakup song laced with radio-ready roots-rock hooks: It’s an anthem of self-reliance. “It’s really about […] 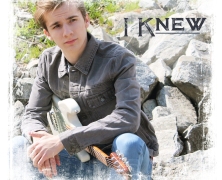 The Canadian country scene continues to have a young wonder on its watch in the form of Beamer Wigley and his newest single and video, “I Knew” — available now! “It really resonates with me,” says Wigley on the arc of the track, co-written by his manager, award-winning legendary hitmaker and GRAMMY Award-nominated Keith Follese […]

The Canadian Wildlife Federation http://www.canadianwildlifefoundation.org was showcased at this great gala last Thursday night.The purpose of this fundraiser was to protect and grow our natural resources, wildlife and our endangered species. Ranked in the top 25 of 86,000 charities, C.W.F. fundraiser keeps every dollar raised in Canada. This was the first annual Goose Gala and […]